To book a demo please complete the form and we will come back to you shortly.

When misleading and deceptive conduct, along with misrepresentation of entitlements, occurred at the scale and frequency that was recently exposed within a crown-owned earthquake claims company, we need to ask: “why didn’t anyone speak up?”

Eighteenth century Anglo Irish statesmen Edmund Burke coined the phrase ‘The only thing necessary for the triumph of evil is for good men to do nothing’. This observation is one that sits at the heart of failure to speak up.

Ethical lapses occur from time to time and everyone is vulnerable. When however an entire aggregate of individuals, across a range of occupations and levels, apparently conspired to deny transparency, the need to look beyond systems and processes to culture and leadership is clear.

An exclusive focus on compliance and building a compliant culture can often have the unintended consequence of actually enabling unethical behaviour to be perpetuated. At issue is the relationship between compliance and leadership. Achieving the former does not generate success in the latter. A compliant culture can allow a single bad decision at the top to cascade into several hundred more as copycat behavior spreads like mould.

In this situation employees become complicit, involving themselves in activity that can be unlawful or morally wrong.

The argument here is that while compliance – in terms of adherence to regulation – can work to build cohesion, the flipside is unthinking conformity to ‘tried and true’ ways of working. Mindfulness be damned.

So what then is the alternative? Three elements to building culture stand out. The first involves assume nothing. It is foolish to assume that every employee regardless of their background, ethnicity or seniority can recognise bad behavior or know how to do something about it. Companies need to spell out and explain exactly what misconduct looks like in the context of different roles and responsibilities. 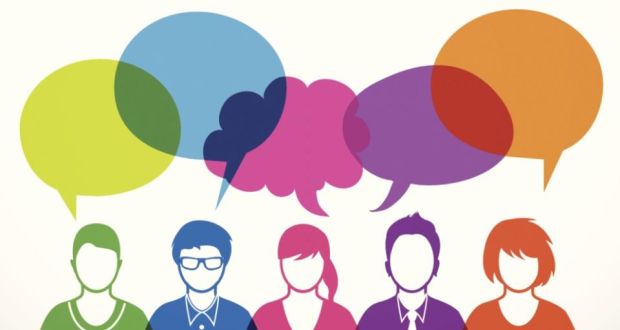 The second involves training around values. A company’s stated values must have some connection to reality. Values when usefully applied operate like torchlight flushing out and ultimately preventing bad behavior.

For values to be meaningful they are best written up within a code of ethics that is both visible and used as a reference point.

A values based company operates in terms of networks as opposed to hierarchy and thinks in terms of discretionary judgement and consideration of best practice as opposed to imposing discipline, penalties and mindless transactions.

The third element involves encouraging a speak up culture. Regardless of company size or sector the single most effective means to deal with conduct risk is to safeguard the opportunity to speak up. External reporting lines, as evidenced by the growing demand for the services of Report it Now and other independent providers, bring clear benefit by enabling review and early intervention.

The term ‘courageous conversations’ is one way of describing the personal strength needed to speak up. Speaking up however needs to become ‘business as usual’ too, so that sensible, if not provocative discussions, about what a company’s values mean in practice become the norm.

In the case of Southern Response it was clearly fatuous to promote, on their website, the value of integrity defined as ‘providing honesty, transparency, fairness and objectivity in all interactions,’ while simultaneously practicing deception as evidenced in the High Court finding.

Good men did however do something. While not internal to the company, the long suffering couple who spoke up as customers gained the vindication they deserved. Eight years of personal stoicism aside, now 1630 other customers who settled under the same option face a potential new way forward – one however that is now being appealed to enable clarification around historic legal obligation.

How much simpler all this could have been if someone internal to the company had raised concerns or doubts about the seemingly approved pattern of withholding a full rather than abridged assessment.

While history may well be rewritten the priority is for integrity to be duly realised.

Isn’t that the better foundation for both settling homes and demonstrating the benefits of when ‘good men do something’?